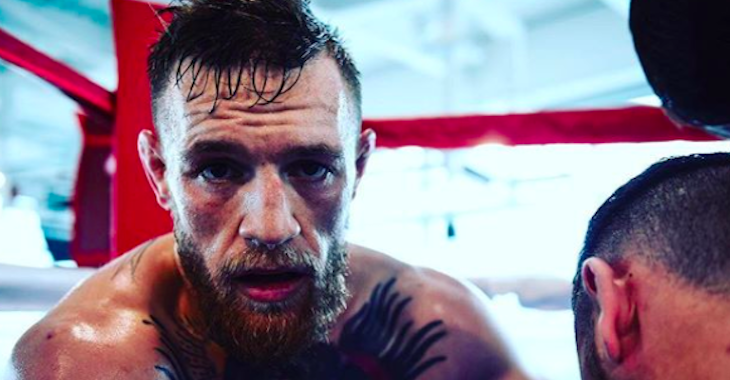 Andre Fili put on a great performance against Artem Lobov at UFC Gdansk, but unfortunately it was overshadowed by Conor McGregor twice. In the midst of the fight before his right hand man Lobov would square off against Team Alpha Male’s Fili, the crowd erupted as McGregor entered the arena. This fever pitch was only amplified in the featherweight clash as McGregor ran around cageside, screaming to his teammate during the fight. However, it was his choice words after the fight that found him in hot water. Andre Fili expressed his criticism of McGregor’s behavior and detailed his interactions with him post-fight.

“There’s no need to use words like that. You don’t need to demean other people to make yourself seem bigger. Whenever you hear someone use that word or call someone a ‘bitch,’ that makes you look so insecure. Don’t be fake with me. I’m as real a person as you’re going to meet. You’re always going to know where you stand with me. For him to say what he said and then turn right around and act like we’re cool, that’s so fake.”

“I told [Conor McGregor] it was all about the fight, what happened in the fight stayed there, and that I respected him. I thought we were cool. I meant it, too. I know having Conor in the middle of my fight means I get way more attention, I have more Twitter and Instagram followers now and I’ll make more money. I know what he’s done to lift the sport. But then, while I’m doing my interview, unbeknownst to me, he’s in the back calling me that word, while I’m in the cage doing my interview. Then when I’m in back getting my medicals done, Conor walks up to me and he shakes my hand and tells me he respects me and that we had a bond because of The Ultimate Fighter and I told him I respected him.” — Andre Fili speaking to MMA Fighting.

No stranger to controversy, this isn’t the first time Conor McGregor has done something controversial and it probably won’t be the last. This adds a whole new facet to the ordeal if these interactions with Conor McGregor are true. Since the fight, Artem Lobov has brought up the idea of potentially retiring or getting released from his contract to box. Andre Fili will move on and look to end his nine-fight, win-one-lose-one pattern with a victory over whoever he’s going to fight next.