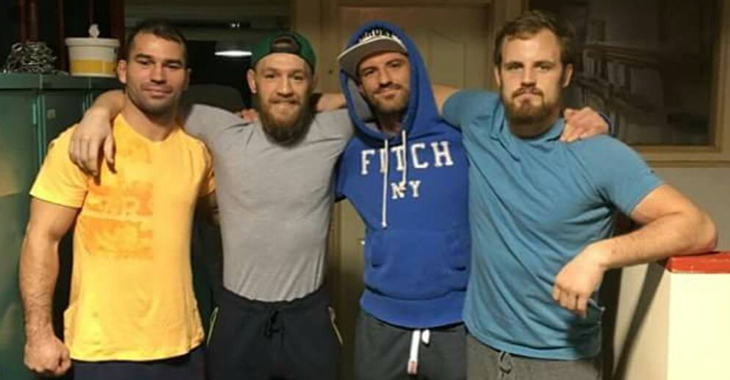 Multiple clips from UFC cameras, which had better audio when compared to the above video, were quickly deleted from social media.

Conor McGregor may have just called Fili a "faggot" up to three times. An official UFC clip from a different angle was promptly deleted. https://t.co/WsTGSXqPoL

Artem Lobov issued a statement on Twitter shortly following hiss loss to Fili where he hinted at a possible retirement from fighting.

All six of Lobov’s UFC bouts went the distance, including a five-round “fight of the night” war with Cub Swanson this past April.

It is expected that “Mystic Mac” will attempt to make his first ever lightweight title defense in his next bout against either current interim title holder Tony Ferguson or bitter rival Nate Diaz.

No event has officially been named for Conor McGregor’s return to the UFC, but rumors of UFC 219 on December 30 have been floating around for months.

Do you think Conor McGregor will receive any punishment for his choice words backstage at today’s UFC Fight Night 118 event in Gdasnk, Poland? Sound off PENN Nation!