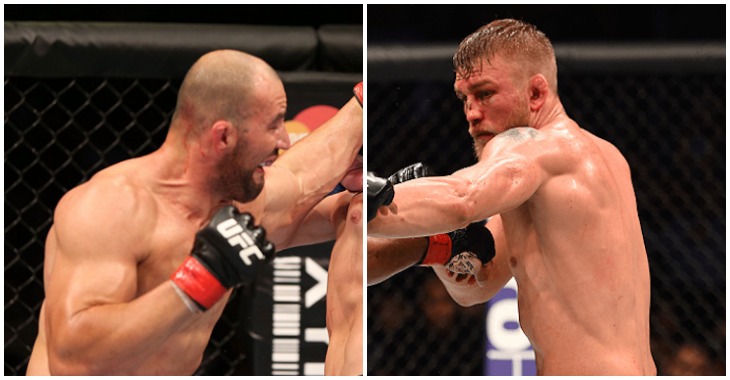 On May 28, the UFC will return to beautiful Stockholm, Sweden with what’s sure to be an exciting night of fights. If there was any worry among the dedicated Swedish fans that the card would be lacking in the big names department, that worry can now be put to bed. According to MMAFighting.com, the card will be headlined by a light heavyweight bout between Brazilian contender Glover Teixeira and Swedish star Alexander Gustafsson.

Teixeira will enter this fight having dominated the outmatched Jared Cannonier on the main card of the UFC 208. With this win, the former title challenger rebounded from a crushing, 13-second knockout loss to upcoming title challenger Anthony “Rumble” Johnson. Prior to his loss to Johnson, Teixeira was enjoying a nice three-fight win-streak, having tapped Ovince St. Preux, and stopped Patrick Cummins and Rashad Evans with strikes. The 37 year old Brazilian is currently 26-5 overall.

Gustafsson, meanwhile, will enter the cage having not been seen since he scored a unanimous decision over Jan Blachowicz in September. This win separated Gustafsson from back to back losses to Rumble and Daniel Cormier, who currently holds the UFC light heavyweight crown. The 30 year old Swede, who has fought twice for the title and nearly won both times, currently stands at 17-4 overall.

At the moment, no other fights have been announced for this May 28 card. The event will mark the UFC’s fourth trip to Sweden, all four of which have seen the Octagon touch down in Stockholm. Two of these four cards have been headlined by the hometown hero Gustafsson.

What do you think of this Alexander Gustafsson vs. Glover Teixeira light heavyweight booking? Who do you expect to win this compelling matchup in Sweden? Unleash your inner MMA analyst, and sound off in the comments section, PENN Nation!