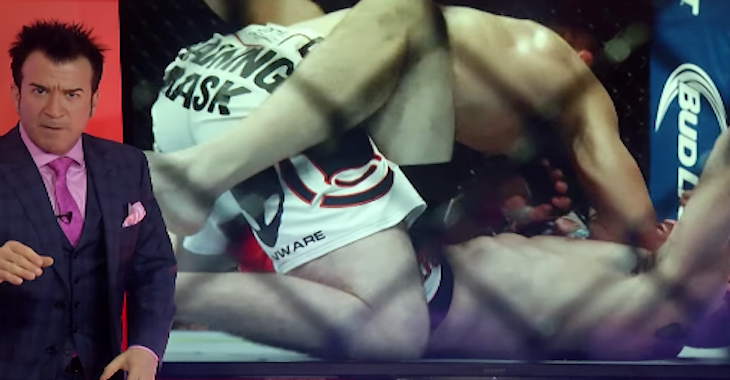 Robin Black is revered as one of the most insightful and engaging mixed martial arts analysts in the game today. His energetic breakdowns are a joy to watch, and they’ve become a highlight of the buildup to any big fight.

Black’s latest fight breakdown shines a light on the co-main event of UFC 209, which will pit undefeated Dagestani grappler Khabib Nurmagomedov against the streaking Tony Ferguson in an interim lightweight title fight. If the reception on social media is any indication, this wonderfully well-researched fight breakdown is one of Black’s most popular to date. Unfortunately, however, not everyone seems to be a fan of it.

Shortly after this Nurmagomedov vs. Ferguson fight breakdown was released, Black was blocked on Twitter by Nurmagomedov. This led many fans to speculate Nurmagomedov had been offended by some part of Black’s analysis. It did not take long, however, for other fans to point out that Nurmagomedov’s social media accounts are operated in large part by his manager, Ali Abdelaziz. So, it’s possible that the blame for this unfortunate incident does not rest on the fighter’s shoulders.

“I’m a huge fan of Khabib, I think I made that clear in the breakdown,” Black told BJPENN.com’s Tom Taylor. “I’m a fan of both Khabib and Tony’s art. I assume it’s not Khabib who blocked me after the breakdown came out. It’s probably his manager, Ali. Why, I have no idea. I imagine Khabib is training like the beast that he is, unaware of any of this nonsense. I can’t WAIT for this awesome fight! I’m so excited to see these two artists do their thing!”

Nurmagomedov will enter his interim title fight with Ferguson with an incredible 24-0 professional record. When we last saw him in action, he put the dangerous Michael Johnson away with a second-round kimura. Ferguson, meanwhile, sits at 22-3 overall, and is currently riding an incredible, nine-fight streak. His last win occurred in November, when he defeated former champion Rafael Dos Anjos by unanimous decision. The winner of UFC 209’s interim lightweight title fight is likely to unify the title with undisputed lightweight champ Conor McGregor sometime in the future, though McGregor’s current infatuation with the boxing world renders this bout a bit of a question mark.

What did you think of Robin Black’s breakdown of Khabib Nurmagomedov vs. Tony Ferguson? Sound off, PENN Nation!