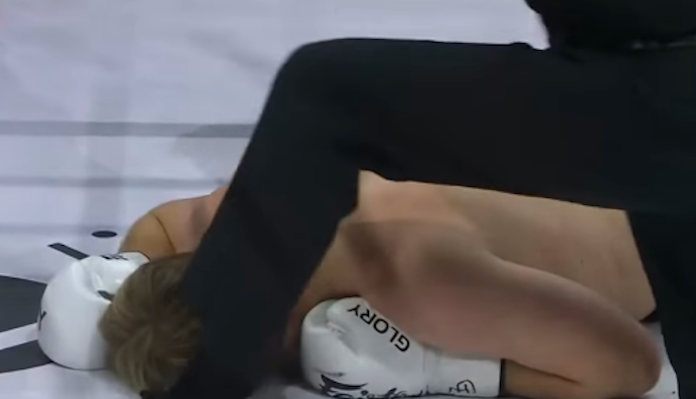 This past weekend’s combat sports schedule produced a number of particularly devastating knockouts. The most notable of those knockouts came on Saturday night, when Deontay Wilder clobbered Luis Ortiz in the seventh-round of their heavyweight boxing rematch. Michael Page also made some noise with another brutal knockout in the Bellator cage.

While it didn’t make as much noise as Wilder and Page’s big knockouts, the Glory 72 card in Chicago, which aired on Saturday night UFC Fight Pass, also featured a particularly brutal knockout.

This knockout occurred in a heavyweight bout between John King and Tom Matlon. It was not only brutal, but fast. In fact, it set the record for the fastest knockout in Glory history, as King put Malton down in just 10 seconds. See this impressive knockout above, via Glory Kickboxing’s YouTube channel.

This win was an important one for King, not only because it makes history as the fastest to occur in the Glory ring, but also because he’d lost his first two fights with the kickboxing promotion, coming up short against UFC veterans Chris Camozzi and Thiago Silva.

The Glory 72 card was topped by a featherweight title fight between champion Petchpanomrung Kiatmookao and challenger Kevin VanNostrand. This bout ended with draw.

The card was co-headlined by a light heavyweight scrap between Ryot Waller and the aforementioned UFC veteran Camozzi, which Waller won by split decision.

What do you think of this epic and abrupt knockout in the Glory ring? How long do you think the record will stand for? Share your thoughts on this impressive moment in the comments section.