Heavyweight boxing legend Mike Tyson will apparently make his return to the squared circle this February opposite YouTuber Logan Paul.

The news comes from Keem of Drama Alert, who reported the following on Twitter:

‘Iron Mike’ previously stated that he would be returning to action in February 2022, and even hinted at Jake and Logan Paul as potential opponents.

“Well, that’s the money fight,” Tyson said of Logan and Jake Paul. “Those are the fights that make the money. Those guys have 75 million people watching them.”

Mike Tyson (50-6) last competed in November of 2020, where after eight rounds of action his fight with Roy Jones Jr. was declared a split draw. 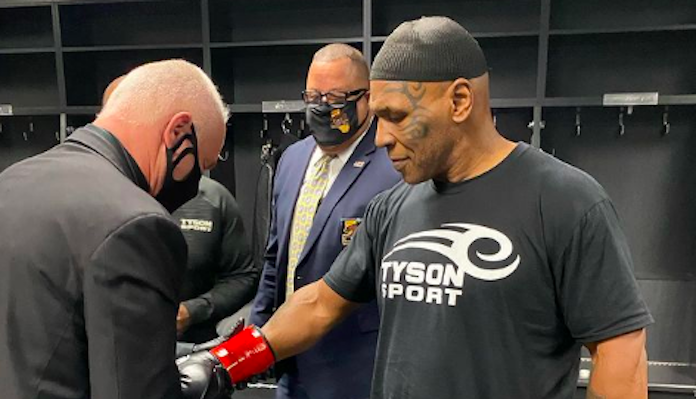 Meanwhile, Logan Paul (0-1) most recently took to the ring this past June in Miami, where he went eight rounds with undefeated boxing legend Floyd Mayweather. That exhibition bout drew heavy scrutiny from UFC President Dana White, who had the following to say about the “boxing match”.

“Think about this — imagine if Kim Kardashian wanted to fight Amanda Nunes. How big do you think that fight would be? It would be huge. It would be the biggest [event] but give me a f*cking break.”

Prior to his exhibition bout with ‘Money’, the eldest Paul brother had gone toe-to-toe with Rapper KSI, ultimately losing a split decision.

Are you surprised that Mike Tyson has agreed to fight Logan Paul in February? How do you think the boxing match will play out? Share your thoughts in the comment section PENN Nation!