The sport of MMA is the world of deception, wolf tickets, and sketchy backdoor politics. When combined with professional boxing, everything is multiplied tenfold. Between all the talk and controversy, it’s always hard to determine what exactly is the reality of things. Good thing we have Jeff Mayweather out here talking about the only thing that matters: Money.

“Don’t ask me no dumb sh-t like [why Mayweather took the fight]. Why would you take it? Don’t ask me no stupid questions. That’s a dumb question right? 50th fight don’t matter. You’re getting paid. It’s the record, but still it’s not so much about the record. It’s about getting paid. At the end of the day, it’s about getting that check. You can win 95 titles, but if you ain’t got no money, what difference does it make? It don’t mean sh-t.” — Jeff Mayweather said to Ariel Helwani of MMA Fighting. 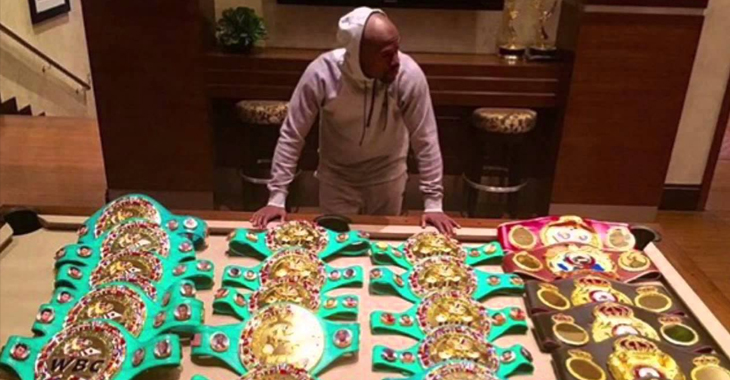 Not everyone can be Georges St-Pierre or Demetrious Johnson. Those were two fighters laser-focused on title defenses and creating their respective legacies, but they still want to make money. Lucky for GSP, the Michael Bisping fight sort of accomplishes both. Conor McGregor eyes another legacy and always has. Ever since the beginning, he’s wanted to get money and get out. He used the titles as leverage and pimped his way into the best money match-ups he could. Now, he’s in the biggest money fight potentially of all time.

Floyd Mayweather’s career speaks for itself. He doesn’t need to come back and prove with a 50th win that he’s the greatest, that’s already been solidified. He took the fight with because he’s against a fighter in his pro boxing debut who is on track to him more money than Manny Pacquiao. After all, this is prize fighting, and Conor McGregor is boxing Mayweather for the biggest prize possible: A warehouse full of money that rivals the amount the Joker burned in that scene from The Dark Knight.