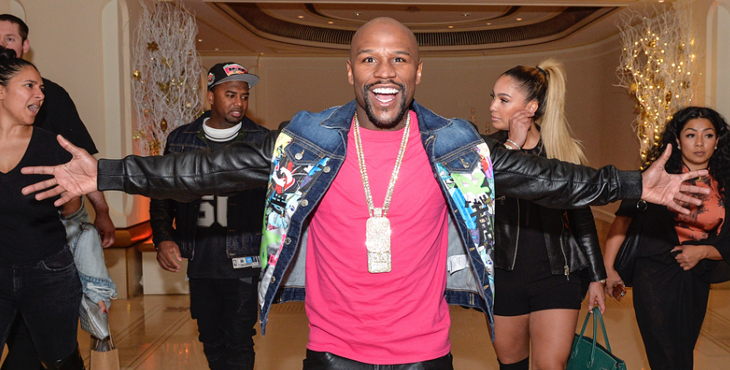 There was a time not long ago that talk of Floyd Mayweather and Conor McGregor fighting in a boxing match was laughed at by many. Even UFC President Dana White once stated that the fight would never happen. Well, it happened and people tuned in to watch.

The world was shocked to hear Joe Rogan say that White told him via text message that Mayweather was serious about fighting in the UFC and that they had been in talks. White then confirmed it himself to ESPN’s Brett Okamoto that he and Mayweather have been talking about doing a UFC deal.

As expected, the MMA community took to social media upon hearing and reading the news.

I will do the Riverdance naked the day Mayweather fights in the ufc. Absolutely never going to happen. Not ever. pic.twitter.com/yAUbche7OC

. @FloydMayweather crossing over into MMA, really?

Hell yeah no one better https://t.co/oiaJMSNfhk

I know fourteen year old kids that would ruin Mayweather in an MMA fight. He's not silly enough to step into the Octagon. https://t.co/MBhj9CkGVX

I want to see him fight @mannypacquiao under MMA rules. 😂 https://t.co/vyKma1USgM

Mayweather just made 300 or so million doing what he does best. Why on earth would he go to another and make … ah, forget it.

Floyd is a master of staying relevant without a fight.
If you think for 1 second Floyd is going to do an MMA Fight and risk tarnishing his GOAT legacy you’re dumber than he would be if he actually did it.

I will box mayweather with 4oz gloves on for a million dollars. #DangerThings

All of this #FloydMayweather and #MMA talk has me like… pic.twitter.com/dLBY6yTSd8

What do you think about Floyd Mayweather wanting to fight in the UFC? Join the community and let us know in the comment section!