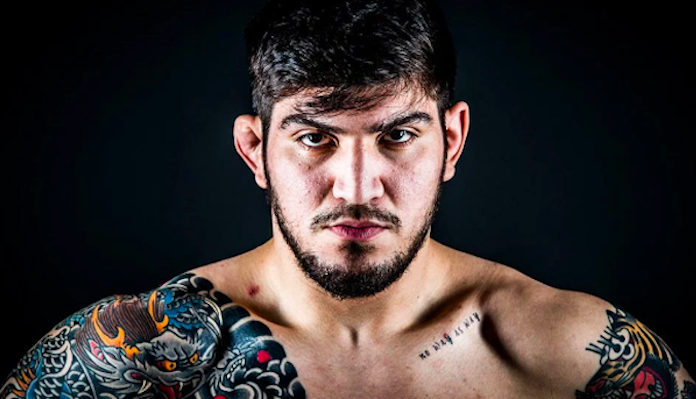 Woodley and Paul met in a professional boxing match at the end of August in Paul’s backyard of Cleveland, Ohio. It was a competitive fight that went the full eight contracted rounds, but at the end of the fight, it was Paul who was awarded a split decision. Most people who watched agreed that Paul did enough work to win enough rounds on points to earn the decision, but it is also fair to say that Woodley had some of the biggest moments of the fight. Namely early on in the contest when he knocked Paul into the ropes.

It’s because Woodley didn’t finish Paul in that spot that Danis believes there is enough ammo needed to suggest that Woodley couldn’t finish Paul with punches. According to Danis, who spoke to Ariel Helwani on The MMA Hour, he heard that it was in Woodley’s contract that he is not allowed to knock out Paul. There is no evidence to back up these claims, but Danis is certain that’s the case, and he pointed to the fight itself as evidence.

“Tyron Woodley, from what I heard, had it in the contract that he was not allowed to knock out Jake Paul. I swear on anything he was against the ropes, I swear, that’s why when Jake Paul was against the ropes, Tyron Woodley didn’t hit him. I’m telling you right now. It was in his contract where it said you’re not allowed to knock him out,” Danis claimed (Via GiveMeSport).

Danis is said to be making a comeback, and by provoking Woodley and Paul, perhaps he is angling for a fight against one or either in a potexntial comeback to combat sports.

Do you believe these claims from Dillon Danis that Tyron Woodley was not allowed to contractually knock out Jake Paul in boxing?