Despite Tyson Fury’s retirement proclamation, he still intends to fight Francis Ngannou in 2023: “I’ll be ready to do crossover fights”

Tyson Fury recently noted that he’s going to retire from boxing after his fight with Dillian Whyte. ‘The Gyspy King’ is now deciding to clarify that stance a little bit. He’s still looking for a crossover bout with Francis Ngannou.

The WBC heavyweight champion is set to face ‘The Body Snatcher’ next month in Wembley Stadium. At yesterday’s inaugural press conference for the event, Tyson Fury said that he’s going to retire post-fight. He explained that he’s got enough money and that he’s only getting older.

However, he’s gone back on that statement a bit now. On The MMA Hour with Ariel Helwani, the two-time heavyweight champion said he’s retiring from championship-level boxing. He is, however, still open to fighting crossover bouts.

That one crossover bout he’s referring to is a fight with UFC heavyweight champion Francis Ngannou. Both men have displayed an openness to fighting next year when ‘The Predator’s contract with the UFC is done. Furthermore, he wants his fight with Ngannou to be a boxing match, but in a cage, with four-ounce gloves. 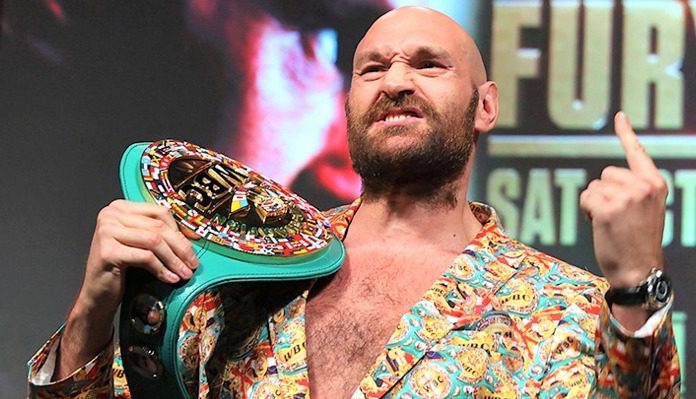 “I don’t count that as a real boxing fight,” Fury said. “That’s not a boxing fight. That’s gonna be a special fight. That will be in a cage in four-ounce gloves, in Las Vegas, at the Raiders Stadium.” – said Tyson Fury on The MMA Hour Wednesday (h/t MMAFighting)

What do you make of Tyson Fury’s comments about retiring after his next fight? Who would you pick in a bout between him and Francis Ngannou? Sound off in the comments below!

This article appeared first on BJPENN.COM
Previous articleColby Covington says beef with Jorge Masvidal will extend past UFC 272: “Who wants to bury the hatchet with a scumbag?”
Next articleUFC 272 | Pro fighters make their picks for Colby Covington vs. Jorge Masvidal
© Newspaper WordPress Theme by TagDiv