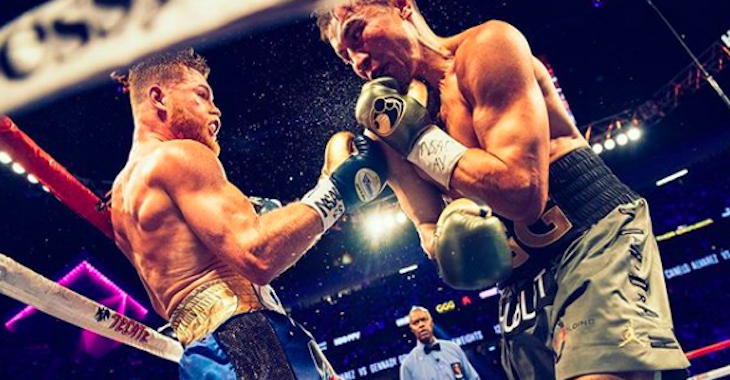 Among casual combat sports fans, Canelo Alvarez and Gennady Golovkin’s September 16 boxing match didn’t generate quite the same tidal wave of hype as Floyd Mayweather’s battles with Conor McGregor and Manny Pacquiao. It did, however, manage some serious financial success all the same.

According to a report from Jake Donovan on Twitter, Canelo-GGG set the third-highest live gate for Las Vegas at $27,059,850 from 17,318 tickets sold. Though Donovan’s original Tweet suggested the fight did the second-highest gate, he later corrected himself, admitting he forgot that Mayweather vs. McGregor had stolen the second-spot on the yet un-updated list.

Canelo and GGG’s anticipated September battle ended in a draw after 12 riveting rounds. Regrettably, the fight was mired in controversy, as the widespread opinion is that Kazakhstan’s GGG did more than enough to capture a decision win. With this result, all signs point to a rematch down the road. Should this rematch occur, we can expect GGG to be an even bigger betting favorite on the second go-round.

What do you think of the live gate figure for Canelo-GGG?