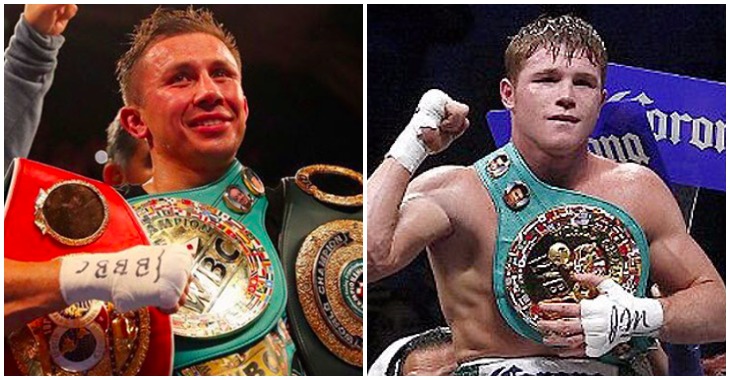 Over the weekend, Mexican star Saul “Canelo” Alvarez picked up a dominant decision win over rival Julio Cesar Chavez Jr. While this fight was not particularly thrilling, the aftermath of it absolutely was, as it was announced that Canelo would next step into the ring with Kazakh star Gennady “GGG” Golovkin. The two talents will collide on September 16 at the T-Mobile Arena in Las Vegas, Nevada. The fight stands out as perhaps the biggest and most important that can currently be made in boxing – though a certain Irishman would argue otherwise.

Though this fight is still months away, the early odds for it have already been released. As most boxing fans probably expected, GGG has been installed as a slight favorite over his Mexican foe.

Golovkin’s status as the betting favorite can probably be largely attributed to the size advantage he’ll have over his foe. Though it has been no secret that he’s a bigger man than Canelo, it became clear just how much bigger he is when the two squared off in the ring together on Saturday.

That said, Golovkin would probably be an even bigger favorite were it not for his last fight, which saw his absurd, 23-fight knockout streak send with a competitive decision win over Daniel Jacobs. It was the first time the Kazakh has looked human in a long, long time.

Canelo will enter his fight with Golovkin on a seven-fight streak, having not lost since he gave up a decision to Floyd Mayweather back in 2013.

Do you think the odds for this massively hyped GGG vs. Canelo fight are fair?