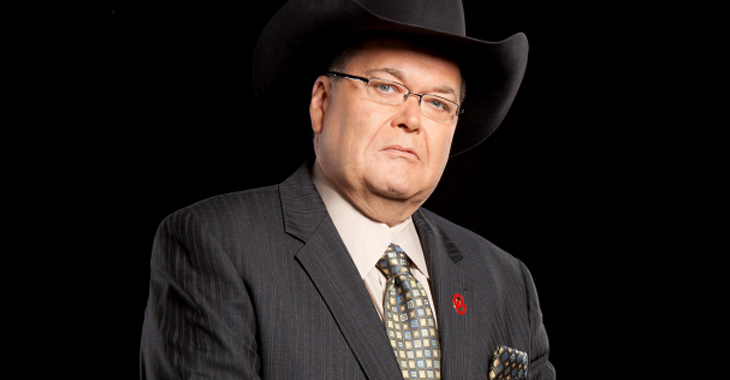 Tragic news hit the WWE community as Jim Ross’ wife Jan passed away after being involved in a horrific accident.

My wife Jan, my little angel, was hit while riding her Vespa & has multiple skull fractures. She's in surgery now. We need a miracle.

Tragically, Ross tweeted the terrible news on Wednesday that his beloved wife passed away.

A Priest gave my wife Jan her last rites tonight. My little Angel is gone. 🙏🙏

Jan was riding her moped home when she was hit by a vehicle driven by a teen. Jan was not wearing a helmet at the time and was rushed to a hospital in critical condition. Jan suffered brain injuries and multiple skull fractures and was placed in a medically induced coma and underwent surgery.

On Wednesday prior to tweeting the news of his wife passing away, Ross wrote the following on his blog of the situation and his love for Jan:

A Personal Thanks to Everyone…My Angel Needs a Miracle and Your Prayers.
Thanks for stopping by our site. This has been a week that has changed my life forever.

Monday night at approximately 9:30 pm while I was recording the Ross Report about 30 miles from our home, my wife Jan was riding her Vespa home from the gym when when was struck from behind by an automobile driven by a 17 year old young man. Jan suffered a catastrophic brain injury including multiple skull fractures. My little Angel was unfortunately not wearing a helmet which arguably would have prevented the extreme nature of her injuries.

I will fully admit that there has been no experience in my life that could have prepared me for this life changing week. To see one’s life partner and love of one’s life being kept alive via life support equipment is tragically heartbreaking.

Jan and I started seeing each other in my WCW days and she remained steadfast at my side during my 21 year WWE run, of which she dearly loved and always felt like we were a member of a family there, no matter the various challenges that confronted us along the way including my three bouts with Bells palsy. She never wavered.

Jan and I had memorable success together when I was managing WWE’s Talent Relations Department. We were a team in WWE. I was a “coach” and Jan was the best coach’s wife ever. She loved the talents and their spouses, invited them into our home, cooked for them and even did some of their laundry that they would bring over. Some of the Attitude Era’s biggest stars were made to feel welcome in our home over the years thanks to my wife.

She helped me battle thru multiple bouts of depression as a result of the multiple, Bells palsy attacks, my dependence on Ambian, and nursed me to back health after serious, colon surgery that threatened my life and she never complained one time.

This woman loves me more than I’ll ever deserve and simply knowing her has enriched my life to levels that I can never repay.

We hope that the swelling of Jan’s brain will subside soon as it must for her to survive. It’s that simple. Nonetheless my little, Italian angel who loves her Steelers and all things Pittsburgh is fighting for all’s she worth to save her life.

My wife would be so moved to know how many of you are praying for her.

This update has been written through many tears and shaky hands but please know that your support and love for Jan, and me, is both comforting and appreciated.

God Bless you all.

According to the NY Post, Jim and Jan were introduced to each other by none other than “The Nature Boy” Ric Flair and the two got married in 1993.