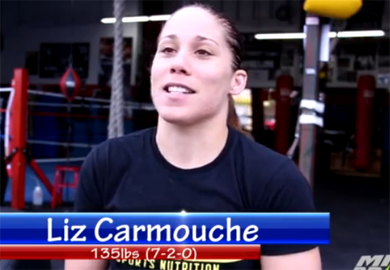 Liz Carmouche: Message to UFC President Dana White & Ronda Rousey
WMMA star Liz Carmouche has nothing but respect for the first ever Female UFC Champion Ronda Rousey. In the video below, shot by Aaron Tru and Adrian Gallegos from MMAprime.tv, Carmouche credits Rousey for the inception of women into the Ultimate Fighting Championship. However, Carmouche does go on to say that she is the #1 contender at 135lbs and has earned the privileged of fighting Rousey for the title, when women compete for the first time inside of the Octagon.