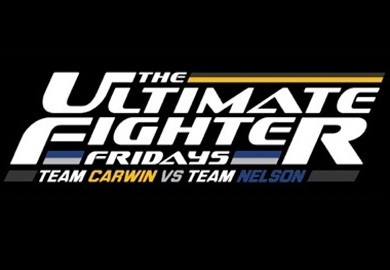 First, after a tense two rounds between evenly matched combatants, Jon Manley took a majority decision over Team Carwin teammate Joey Rivera. Then, things heated up as former friends turned rivals Mike Ricci and Michael Hill entered the Octagon® to finally settle their dispute. And, after pressing the action in both rounds, Ricci nabbed the win via unanimous decision.

Finally, UFC president Dana White rounded out the episode by announcing the semifinal matchups: teammates Jon Manley and Colton Smith will faceoff and Mike Ricci will take on Neil Magny. The two winners of these matchups will face off in the much-anticipated LIVE Finale on December 15 from The Joint at Hard Rock Hotel & Casino in Las Vegas.

Here’s what the fighters had to say after their bouts:

Manley: “I’m not very happy with my performance. I did very well in trying to win the fight, but I spar with the guy a lot, I wrestle with him a lot, so I was scared to really exchange with him because in practice he beats my ass.”

Ricci: “I knew he was going to be tough, I knew he was going to come to fight. This means a lot to me, it means everything to me at this point. There are people who believe in me; my family, my friends and my coaches, but a lot of people said I was too small to be in this tournament and I want to prove those people wrong.”

The final episode will air next week, on Dec. 7 at 10 p.m. ET/PT on FX (check local listings for Central and Mountain Time). Episode 12 – “Semifinal Showdown” – two semifinal fights determine which two men will move on to fight in the Finale for a coveted UFC contract.