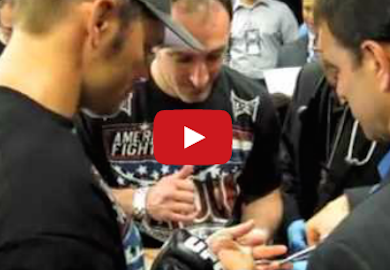 Back in 2010, Rich Franklin retired Chuck Liddell after a fantastic back-and-forth that ended with an unconscious Liddell.

During the fight, Liddell was throwing such vicious and powerful strikes that he broke Franklin’s arm during a block attempt. Franklin, with only one working arm, was able to fend off the onslaught from Liddell to fire off a short-right that won him the fight.