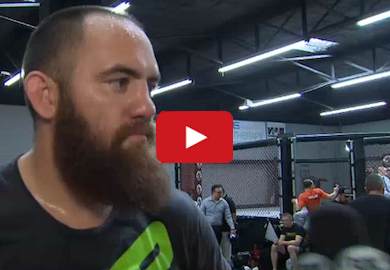 Travis Browne on his upcoming FOX UFC SATURDAY headliner fight against Fabricio Werdum: “Earlier in my career, all I wanted to do is fight for the title. Now I have so much more in the big picture. This fight has no more pressure than my other fights. The UFC, holding that belt, it’s all part of my life. There’s no pressure that I haven’t already put on myself.”

Browne on if he has momentum over Werdum, who hasn’t fought much lately: “I don’t believe in momentum. In this sport it only takes one shot to stop the fight.”