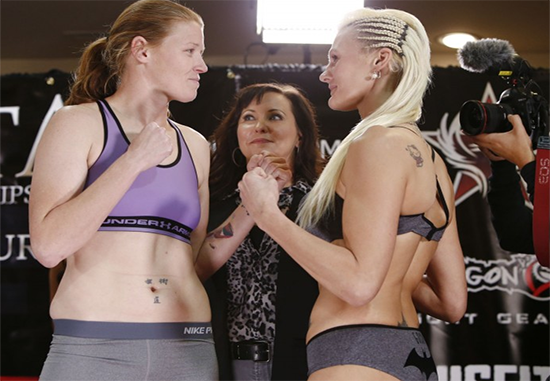 Tonya Evinger is a monster. Cindy Dandois had no chance in defeating Evinger tonight as she was dominated and controlled from the get-go.

Dandois, usually the aggressor when it comes to takedowns, was taken down early on and was in danger of being submitted right away. Evinger smothered her and when she was not working for a submission, she was busy pummeling Dandois’ face. When the first round ended, Dandois looked at the big-screen and found out she was sporting a new big mouse under her eye.

The second round did not last long as Evinger made her submit in less than two minutes. Evinger submitted her with an armbar after transitioning from an inverted triangle.

Tonya Evinger def. Cindy Dandois by way of Submission (Armbar) 1:23 of Round 2