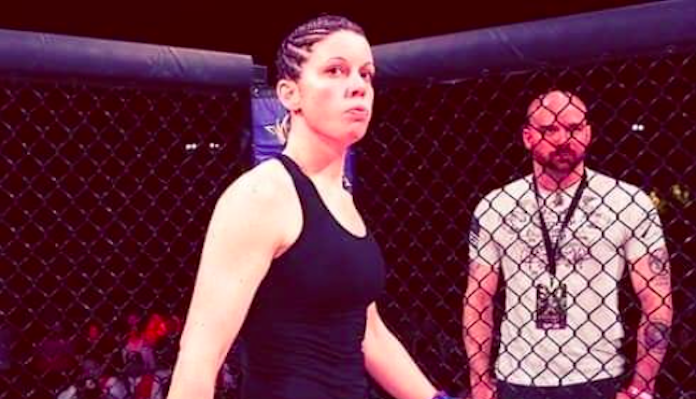 Invicta released the following statement on its Twitter following the passing of Patterson. No details have been given about the cause of death at this time.

We are saddened by the passing of former Invicta athlete Sarah Patterson. Our thoughts go out to her friends and family. pic.twitter.com/Dd8BBggEtM

We are saddened by the passing of former Invicta athlete Sarah Patterson. Our thoughts go out to her friends and family.

Patterson (5-5) made her professional MMA debut way back in 2002, so in many ways, she is an unsung pioneer of women’s MMA. Patterson won her pro debut in Iowa Challenge in 2002 but she lost her second fight to Jennifer Howe, who became a top prospect in the sport in her own right. Patterson then took a six-year hiatus from the sport and in 2009 she returned to fight prospect and future Bellator fighter Adrienna Jenkins, but she would lose that fight as well.

Patterson took another six years off and she returned to the cage in 2015. Between 2015 and 2017, Patterson won four fights on the regional scene by stoppage, before dropping two straight bouts. Despite that losing streak, her longtime friend Shannon Knapp recruited Patterson into her women’s MMA promotion, Invicta FC. Patterson then fought veteran Kaitlin Young and suffered a knockout loss. That fight was back in 2018, and Patterson has not competed since then.

Although Patterson never made it to the UFC, the fact that she made her debut back in the sport in 2002 when women’s fighting was still far outside the mainstream is a very remarkable feat. Patterson may not have become a world champion, but a 5-5 record overall and the chance to fight in Invicta FC still made for a solid career.

We here at BJPenn.com send our deepest sympathies to the family of Sarah Patterson for her passing. We also pass along our condolences to Invicta FC president Shannon Knapp and to all of Patterson’s fans following her passing.