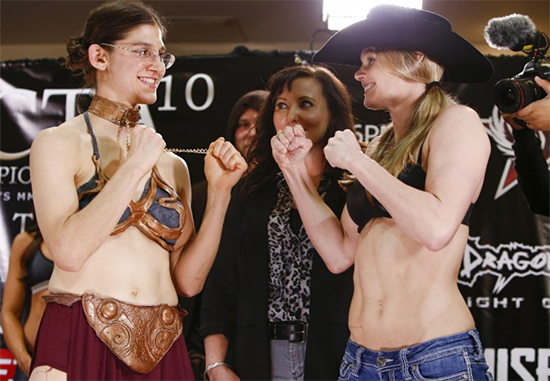 This fight was as close as it could get! Lee had the advantage with striking in the first round when she clobbered Modafferi with a straight kick to the face, but Modafferi was the better striker in the second. When the fight went to the canvas, both ladies made excellent moves in the grappling department. Modafferi showed great resiliency and defense when she escaped after Lee gained full mount, but Lee showed experience when she came out on top of a scramble against the veteran.

Roxanne Modafferi took control of the bout in the final four minutes where she controlled Andrea Lee like a boa-constrictor. Modafferi took to full mount within two minutes of the round and fired off a number of brutal shots. Lee absorbed them until she gave up her back where Modafferi remained for the rest of the round.

This was Modafferi’s second win in a row.