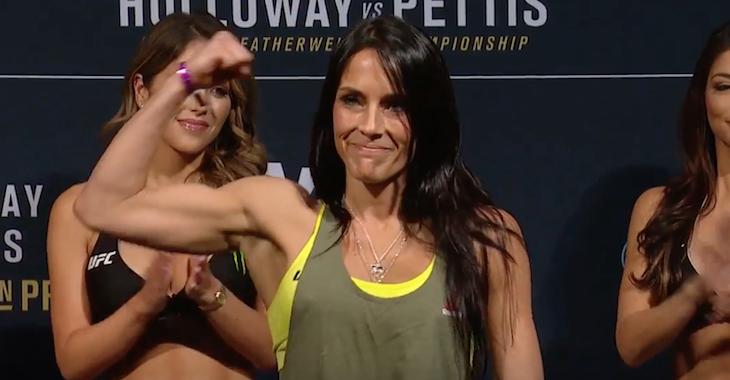 Several times a year, the UFC goes through the process of purging their UFC roster as they remove inactive fighters, and cut fighters who are currently on losing streaks. The latest list of fighters is a rather lengthy one with several well-known fighters on the latest cut-list according to UFC Fighter’s Info:

Several names on the list which draw a bit of attention include: Brandon Thatch, Chris Avila, and Valerie Letourneau. Chris Avila had a rather brief stint in the UFC, going 0-2 as he dropped back to back unanimous decisions, losing to Conor McGregor’s teammate Artem Lobov at UFC 202, before dropping another unanimous decision to Enrique Barzola several months ago.

Valerie Letourneau is arguably the most well-known name on the list given her UFC 193 scrap with Joanna Jedrzejczyk. While Letourneau lost the fight, the fight was a rather impressive showing for ‘Trouble’ who was 3-0 in the UFC prior to the bout. Since the loss to Jedrzejczyk, Letourneau dropped two more fights, with the most recent one being a split decision loss to Viviane Pereira at UFC 206 back in December. While the UFC has not confirmed the releases, the account which has released the information is a very dependable one, which uses an algorithm to scrub the UFCs active roster.