Today the UFC invited fans to their Ultimate Media Day for for UFC 178: Jones vs. Cormier. During the staredowns for the event Daniel Cormier pushed Jon Jones, and what ensued was nothing short of chaos! Reports are surfacing that Jon Jones began throwing strikes at Cormier. Check out the video below of a fans perspective.

Below is also a photo of the incident. 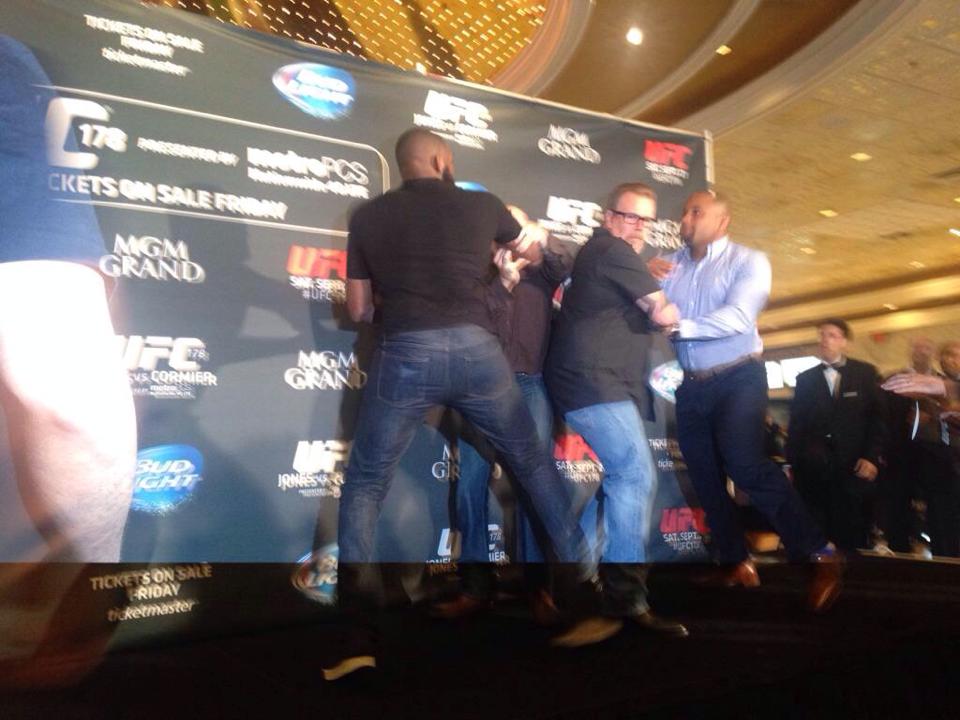 Here is a better video of the fight from Esther Lin: