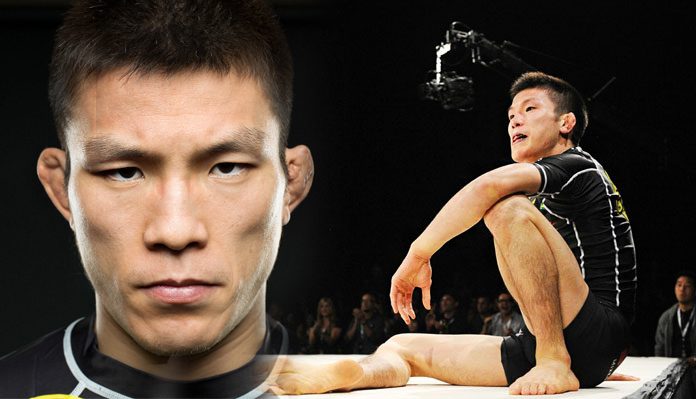 Japanese legend Shinya Aoki is the former ONE Lightweight World Champion and one of the most highly-skilled Brazilian Jiu-Jitsu practitioners in the world. So when he shows you how to execute a submission, you better be listening.

One of Aoki’s signature moves is the flying submission. In this video, Aoki demonstrates how to properly execute a flying triangle. Of course, only try this if you know what you’re doing. Do not try this at home. 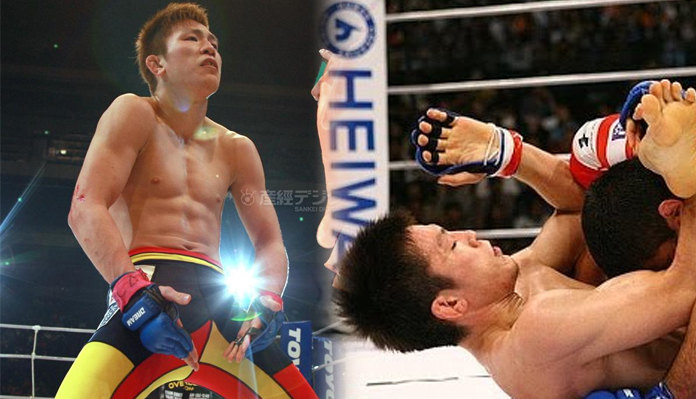 To close the distance and control your opponent, overhook his left arm and control his right wrist as you push it down. By pushing the wrist down, you’re creating space for your triangle.

Step your left foot forward to help you hook your right leg around your opponent’s waist. Then use your left foot to push off and jump into your triangle.

Fix your triangle and circle your arm behind your leg and the space around your opponent’s head. Squeeze your palms and your legs sidewards and downwards to add pressure. This completes the submission.

WATCH: Shinya Aoki shows us how to pull off one of his favorite moves