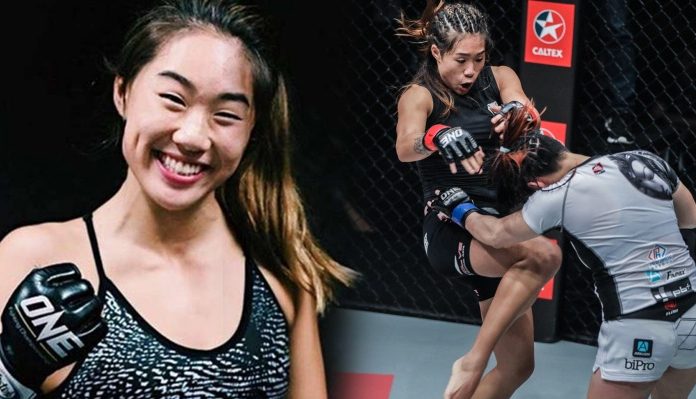 Reigning ONE Women’s Atomweight World Champion “Unstoppable” Angela Lee of the Evolve Fight Team is a tremendous martial artist with solid striking and grappling skills. With an unblemished 8-0 record, Lee has amassed a total of six submission victories over the course of her young career.

In this video, the 21-year-old champ demonstrates three different takedowns that transition into slick submissions.

Lee is scheduled to take on Japanese veteran Mei “V.V” Yamaguchi in the main event of ONE: Unstoppable Dreams, set for 18 May in Singapore. The pair faced each other in 2016, when Lee was victorious via unanimous decision to claim the inaugural atomweight title. 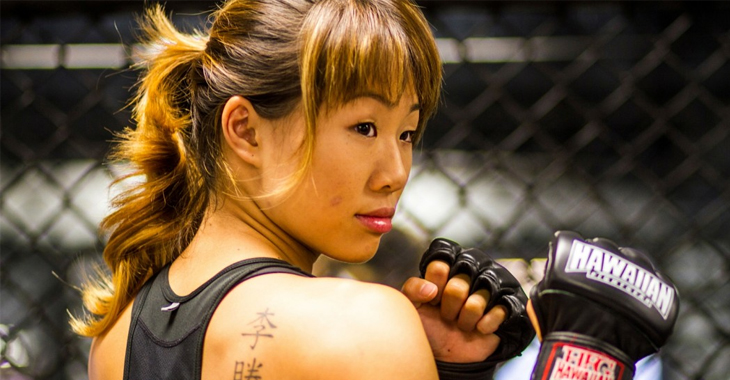 Angela Lee is One of the Youngest World Champions in History

In the video, Lee is seen grappling with fiance and fellow member of the Evolve Fight Team, No Gi world champion Bruno Pucci.

Lee demonstrates an outside leg trip that goes straight into a knee bar. Changing levels and going in for the shot, Lee quickly trips the leg, secures half guard and locks the knee in place. Pressure is placed on the hips as the knee hyperextends and completes the sub.

This one mixes elements of judo, utilizing a hip toss with a quick transition into an armbar. After the throw, Lee lands in side control and immediately steps over the head and locks in the armbar. The throw is used to catch opponents off guard who may not be looking to defend against an armbar right when they it the mat.

The final technique is quite common, when after a successful double leg takedown, a fighter moves right into an arm triangle choke. It’s a common submission to move into after a double leg, but if done swiftly, opponents have very little time to react and are left vulnerable to this particular submission.