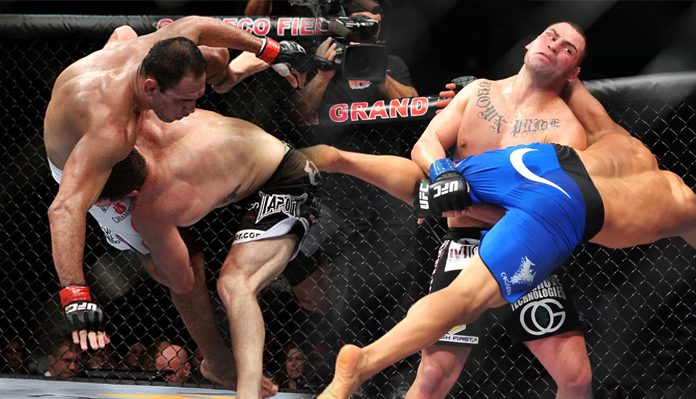 Wrestling is one of the most effective bases to take into Mixed Martial Arts. But while the ability to control the action and determine where a fight takes place is key to victory, getting your opponent to the ground is a whole different story. In order to use your wrestling, you have to know how to strike too.

Evolve MMA often teaches that the best way to setup your takedowns is to improve your striking and use it to your advantage. By being a threat on the feet, opponents will become more susceptible to your shots. 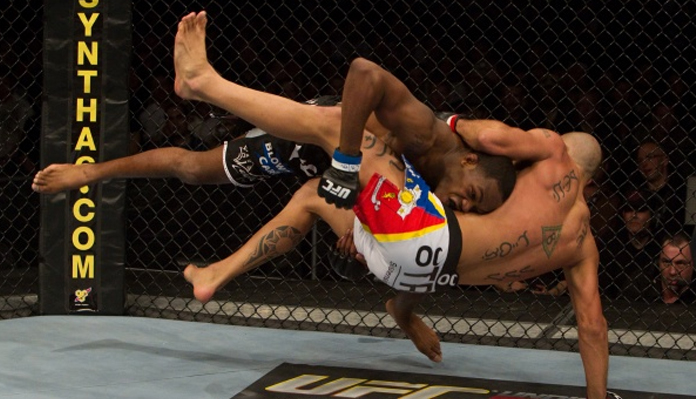 Takedowns are better when you are a striking threat

Any experienced fighter can anticipate takedowns early, and the ones that are easily telegraph are almost never successful. The element of surprise then is absolutely crucial. Here are a few key factors to consider when shooting for a takedown.

The Starting Distance: It’s important that before you go for the shot, that you are at optimal distance. The further you are from your opponent, the easier it is for them to anticipate the shot. Move into correct range with your boxing, and when the time is right, go for the shot.

Depth of the First Step: The first step is crucial to a successful takedown, so it must be explosive and very quick. Better coming behind a good combination, explode forward, changing levels and rushing at your opponent fully committed to the takedown.

Speed: There should be no hesitation when going for a takedown. Fully commit to the shot and work on improving your speed. You must be tenacious to the finish, in all takedown attempts.

Hand Placement: Hand fighting is a very important aspect of takedowns. So make sure you always win the battle of the wrists.

Hip Placement: Pay attention to your hip placement, because it will ultimately help you land the takedown.