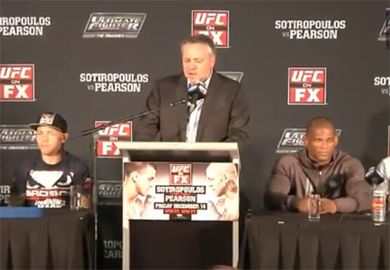 Yesterday evening, fighters from the now concluded “TUF Smashes” reality show squared off on FX for their series finale. In addition to the “TUF” fighters, notables like Hector Lombard and Rousimar Palhares waged war infront of a sold out arena in Australia.

Following the event we aired a post-fight press conference on BJPENN.COM, but if you missed out live coverage the full replay is listed above.