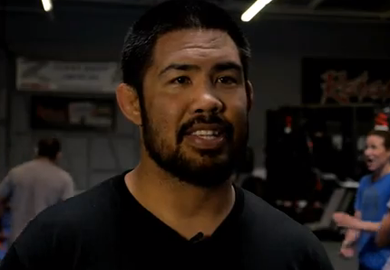 “Since Hector Lombard has been in the UFC, he’s been mediocre at best. But at the same time, he’s been fighting high-caliber fighters. Yushin Okami has been in the top five for a long time, you know, so he’s no slouch. At the same time, he was asking for a title shot, I felt he needed to prove his own in the weight class. So, he’s being introduced to the UFC. Down the road, if it presents itself, yeah I’d fight Hector Lombard. I’m definitely a guy that accepts any fight that the UFC throws at me, you know? I’m that guy. But at the same time, I wanna show the world that I can definitely compete at that weight class and I can fight high-caliber fighters.”