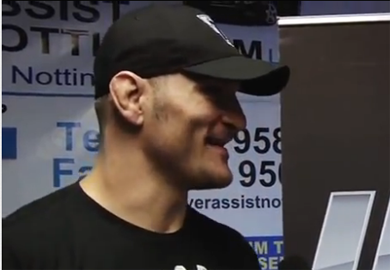 Miocic is coming off of the first professional loss of his career in what was his first UFC main event against Stefan Struve. He lost that fight via TKO in the second round and earned a ‘Fight of the Night’ bonus for his efforts.

For Palelei, the Australian born fighter is coming into the UFC hot off of an eight fight win streak with all eight wins coming by (T)KO. Palelei has fought in the UFC just once in a losing effort against Eddie Sanchez at UFC 79 and will surely look to make the most of his return trip to the Octagon

This fight will be a big push towards the top of a crowded division and at least on paper, will deliver guaranteed fireworks on a stacked card that only has a handful of bouts that are planned for the event and, besides the Rua vs. Nogueira fight, aren’t 100% confirmed