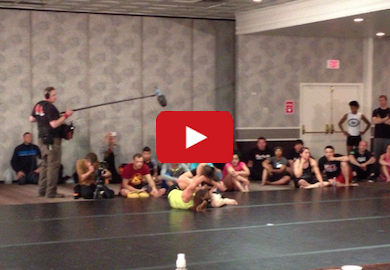 Yesterday in Las Vegas, 36 women tried out for the first ever all-female season of ‘The Ultimate Fighter’.

TUF 20 will featured 115lb women in an elimination tournament that will crown the first ever strawweight UFC champion. The season will be coached by Anthony Pettis and Gilbert Melendez.

Dana White sent out the following footage of the tryouts: