That affiliation is likely the reason the Brazilian champ sent out a nasty little re-tweet about Jon Jones during Saturday’s main event. 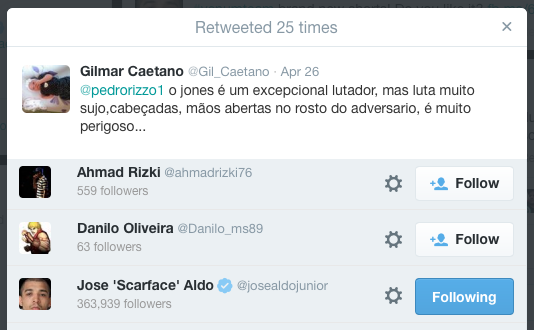 The tweet, which shows up clearly on his timeline translates to,

“Jones is an exceptional fighter but he plays dirty, headbutts, open hands on his opponent’s face, very dangerous.”