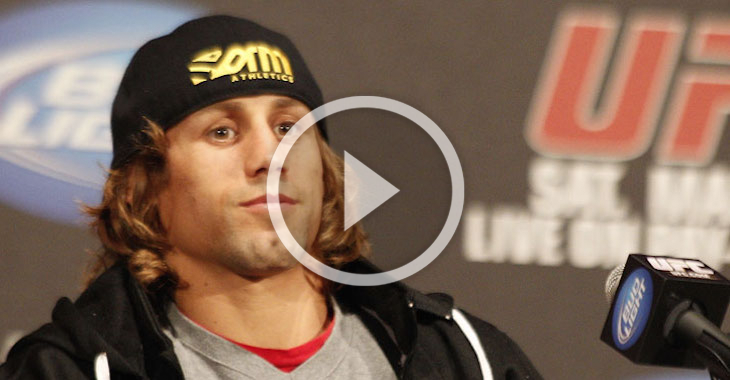 The news of UFC featherweight champion Jose Aldo getting injured and possibly being forced out of his bout with Conor McGregor is all everyone was talking about on Tuesday, including the guys over on Stud Show Radio.

Urijah Faber called in to talk about the news and about potential match-ups for McGregor if Aldo can’t go, which he felt was pretty much a sure thing.

“If they wanted to keep him in the fight, they wouldn’t have said anything.”

Faber believes the top featherweight fighters will all be receiving phone calls from the UFC if that is the case.

The former WEC champion said if the UFC wants someone to step in and save the card then they better get out their check books and make it worth it.

“The bottom line is this, if these guys want to save the fight––if the UFC wants to save the fight, this is a two week notice fight, they need to pony up and pay someone to take an opportunity. If they want Chad or Frankie to step up on short notice they’ve got to pony up. I’ve got to think they’ll do that.”

So, would he accept the fight on a two week notice and fight Conor McGregor?

“Hey, I have a real hard time turing down a good fight.”

Would you want to see The California Kid step in and fight McGregor if Aldo has to pull out?