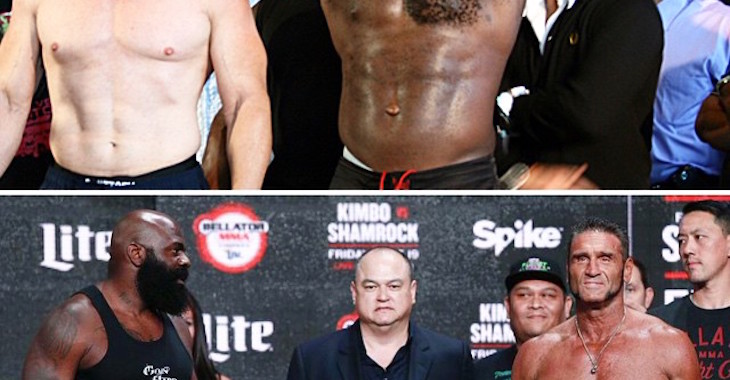 When we say tonights main event fight between Kimbo Slice and Ken Shamrock has been a longtime in the making, we really mean a long time.

The fight was scheduled to go down 7 years ago at Elite XC. There was plenty of bad blood back then and got even worse when Shamrock pulled out just hours before the fight, because he apparently suffered a cut while trying to warm up.

Now, 7 years later, in Bellator MMA, the two men will finally get to scrap. Check out the photo above of the two men then, and the two men now.