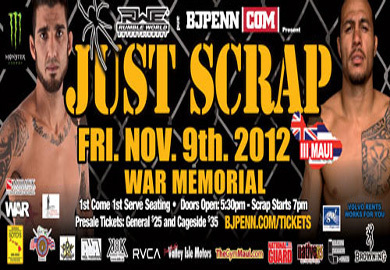 Today’s weigh-ins are set to take place at Valley Isle Ford starting at 5:30 and are free and open to the public.

The Full Fight Card is as follows: