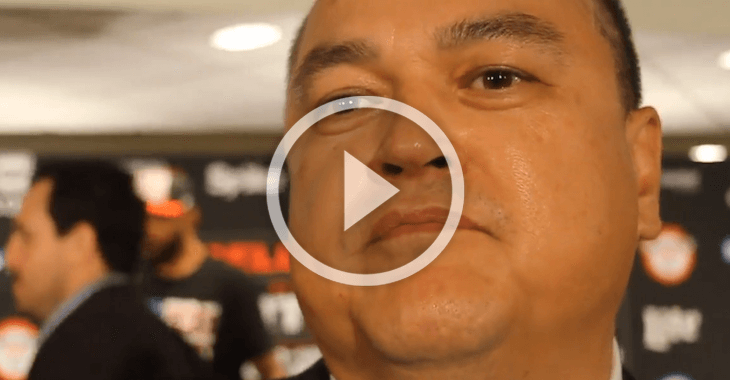 Early in the fight it looked like everything was going Tito’s way. He got a quick takedown and started working his top game. It seemed like might be another Tito Ortiz ground and pound clinic, then he got caught.

Out of no where McGeary threw up his legs and locked in an inverted triangle. Tito was forced to tap pretty quickly.

After the fight Bellator president Scott Coker talked to BJPENN.COM’s Layzie The Savage and discussed some of the possible match-ups for the fighters of the night. He said ‘King Mo’ could come back and face Phil Davis and eventually McGeary down the road. As for Tito, he said, “Maybe he’ll fight Fedor.”