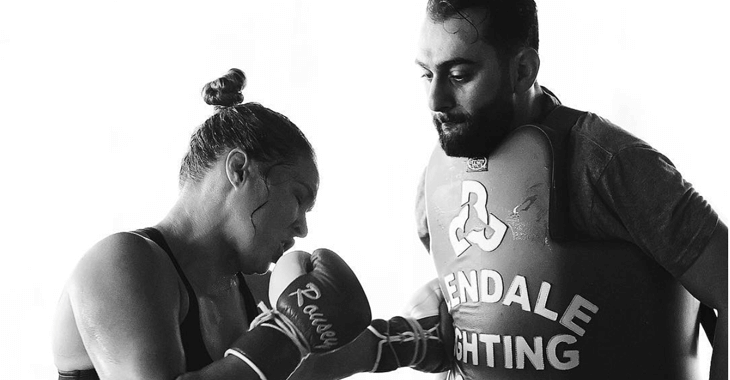 Edmond Tarverdyan, widely known as the coach of the former UFC women’s bantamweight champion Ronda Rousey, is in trouble with the California State Athletic Commission.

MMA Fighting reported on Tarverdyan’s situation and what lead to his issue with the CSAC. Apparently Tarverdyan had his corner license revoked in California for allegedly lying on his application regarding his arrest history.

Tarverdyan allegedly answered “no” to questions regarding his past criminal offenses on a license application filed on April 2, 2015. Tarverdyan signed the application acknowledging under penalty of perjury that the information was true and correct.

According to public records, Tarverdyan was arrested in 2010 for two counts of felony identity theft and one count of misdemeanor resisting arrest. The identity theft charges were lessened to misdemeanors and he plead no contest to all three charges. Court records indicate that Tarverdyan was sentenced to one day of jail, which was credited, three years of probation, 30 days of community service, and a fine of $610.

Tarverdyan has a hearing scheduled on Feb. 2 in Los Angeles with the Commission.