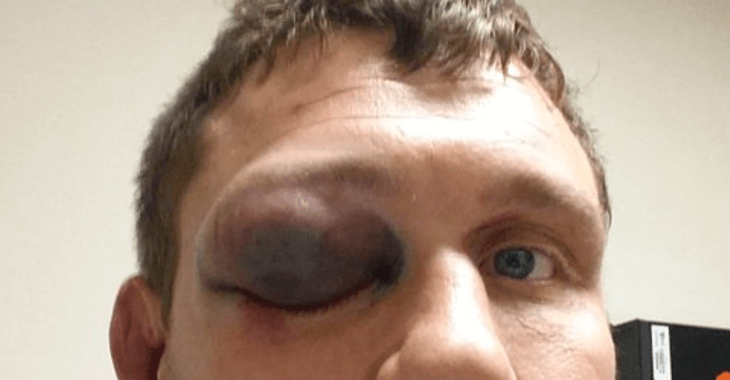 It was a tough night for Matt Mitrione and his eyes on Sunday night. After suffering accidental eye pokes from Travis Browne at UFC Fight Night 81 in Boston, Mitrione suffered a broken orbital floor and injured shoulder at the hands of Browne after a third round TKO stoppage.

Mitrione’s eye was in terrible condition after the fight was stopped and Mitrione revealed his injuries through an update Twitter.

Broken orbital floor. This and the shoulder happened after the 2nd eye poke. I don't think they would've happened pic.twitter.com/wFn1NC3j5Y

For video of Mitrione and his eye moments after the fight click here.

Do you think the eye pokes played a factor in Mitrione’s loss? Share your thoughts with us in the comments!