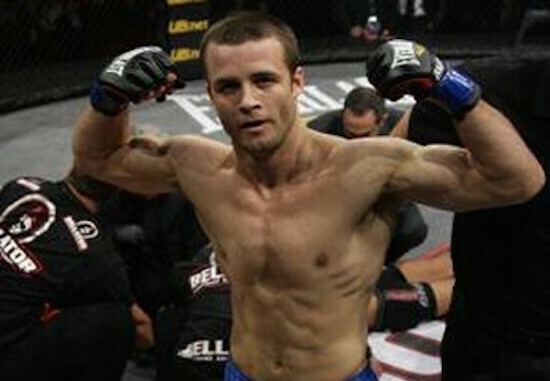 On Feb. 13 at Bellator 133, two-time featherweight champion Pat Curran will return to the cage and start his path back to the title. Curran lost the belt in his last fight, back in September, to Patricio Freire by unanimous decision. Now he’s looking to get back to the top and it all starts with his fight against Daniel Weichel.

Curran spent some time on BJPENN.COM Radio, discussing his journey back and what he has to do in order to reclaim the belt for a third time. Check out some of the highlights below, then listen to the full interview HERE.

Curran wasted no time mentioning the belt. Early in the interview he made it clear that he’s focused on one thing.

“That’s pretty much my main focus right now, going back in, dominating, and getting that one step closer back to the belt.”

Then Curran talked about the up and coming fighters in his division who are hungry for a shot of their own and know that beating a guy like himself would propel them up the ranks. So how does he prepare for that?

“Every fight I just have to go in there 100 percent, making sure you’re completely ready, [and] don’t slack at all during the training camps.” He added later, “If I do lose, these guys will surpass me.”

The two-time Bellator champ spoke about the difficult nature of the sport, the highs and the lows, and how being mentally strong is the key to a great fighter.

“The sport is a rollercoaster I guess you could say. Your mental stability is everything as far as a fighter, it’s pretty much all mental leading into fights. You definitely have to be in the right state of mind going into high level fights like these. It’s rough, you’re winning, you’re on top, every things great. You lose–and I’ve had my fair share of losses in the past–and now you’re back on bottom. Pretty much it just sucks, that’s the best way to say it. But the best fighters come back after losses.”

“I look at it like a challenge and I like to challenge myself like that. I know I’m going to come back; I’m going to climb back to the top. It’s just a matter of time now.”

You can catch Curran fight on Feb. 13 in Fresno, California at Bellator 133. The fights will air on Spike TV. And make sure you’re listening to BJPENN.COM Radio every Sunday!