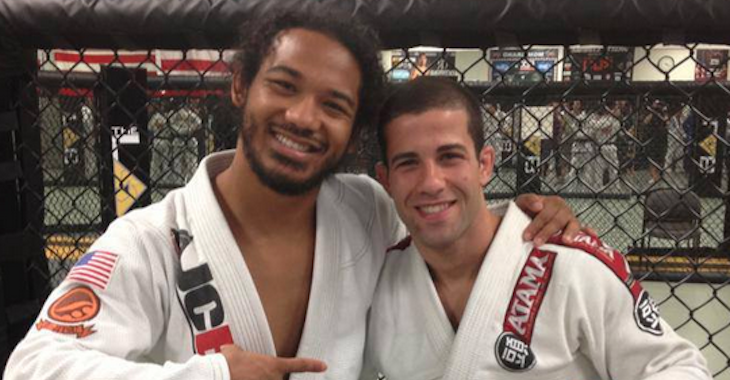 Perfect record in mixed martial arts? Check. Several Brazilian-jiu-jitsu world championships to his name? Check. Intimidating nickname? Yep. It turns out there are SEVERAL reasons why over fifteen fighters pulled out of their fights after finding out just how bad of a man Augusto Mendes is.

The name shouldn’t ring a bell to casual MMA fans, but Mendes, better known as Tanquinho (little tank) in the BJJ world, truly is a force to reckon with. Tanquinho earned his black belt from legendary Francisco Mansur but is on the path to a belt made of gold at LEGACY FC.

There’s only one issue: When fighters find out the accomplishments of Mendes, they pull out of their fights! “Since I signed for my MMA debut, I believe more than 15 guys pulled out,” Mendes told MMA Fighting. “For my first two or three fights, I guess I had 10 different opponents. They say yes, then Google my name and that’s it. It looks like fighters with a good record don’t want to fight me. But that’s it. I want to win the belt no matter what.”

If Mendes can get past his next opponent in Donald Williams, LEGACY FC management has promised him a shot at the bantamweight championship.

“I asked them for a fight, title or not, and they offered me this guy and I accepted it. They told me my next fight should be for the title.”