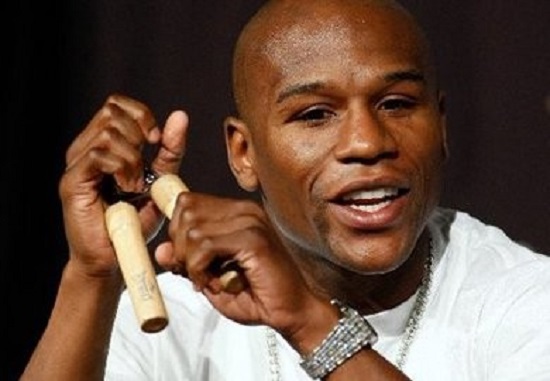 Koraun spoke to USA Today in a heart-wrenching article as he sat beside his mother.

(My dad) said to lock my door and stay in my room. I sat there and thought about what I was going to do next. Just for like a minute.”

Koraun’s first action was to alert Harris’ friend Georgia Parker, who lived in a guesthouse in the back of the property, that his mother was being attacked. Parker did not believe him, Koraun said.

“Then I went back into my room and locked the door and then ran back out my bathroom and then hopped over the gate and went to the main entrance gate. I just told (the guard) that my mom was getting hurt and to call the ambulance and the police.”

Koraun went on to say that his father, refuses to admit to his involvement in the incident.

It is worth noting that Mayweather spent time in jail for the domestic assault on Jose Harris in 2012.