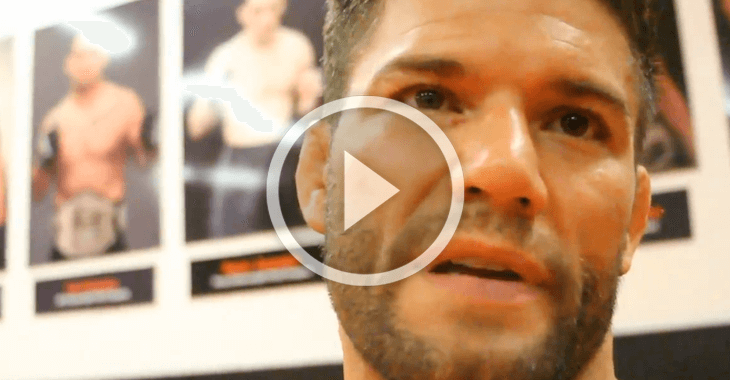 Current Bellator MMA lightweight Josh Thomson will get to make his promotional debut in front of his home crowd when he fights this Saturday at the ‘Dynamite’ event taking place in San Jose, CA.

Thomson will fight Mike Bronzoulis in his first Bellator scrap, but before that he spoke with BJPENN.COM’s Layzie The Savage.

When asked what the one thing in MMA he would change is, Thomson thought, then said probably the drug testing. ‘The Punk’ went on to explain that he hopes a stricter more reliable testing system was in place. He acknowledged the UFC’s new policy, but says the problem with those big agencies is that in the past it has seemed that higher profile athletes tend to skate by and never get caught, even when they are cheating. He used cyclist Lance Armstrong as an example, saying he was cheating for a long time and was tested over and over again and wasn’t busted all those times.