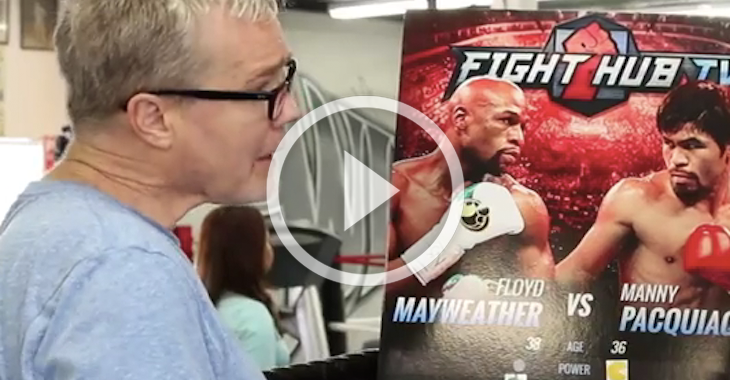 Combat sport legend Freddie Roach breaks down the upcoming bout between his fighter Manny Pacquiao and Floyd Mayweather. Even though Roach is Pac-Man’s coach, he still gives a lot of respect to Mayweather in this video!

The bout between Mayweather and Pacquiao is set to break pay-per-view records and should live up to the hype. Freddie Roach gave his two cents— who do YOU have winning?

BJPENN.COM IS YOUR HOME FOR MAYWEATHER/PACQUIAO COVERAGE ON MAY 2ND