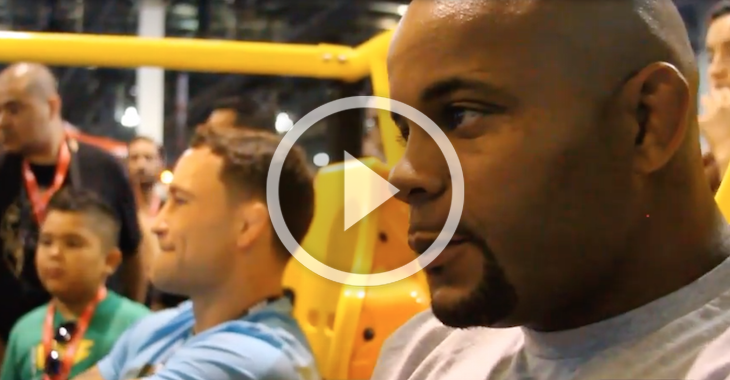 The always competitive UFC light-heavyweight champion Daniel Cormier took on an equally game former UFC champion Frankie Edgar, recently while in Las Vegas, and BJPENN.COM’s Layzie The Savage was there to catch it all unfold.

Daniel Cormier is set to return to the cage on October 3rd against Alexander Gustaffson, while Edgar, riding a four-fight winning streak, is sitting idle waiting for his next assignment from the UFC.