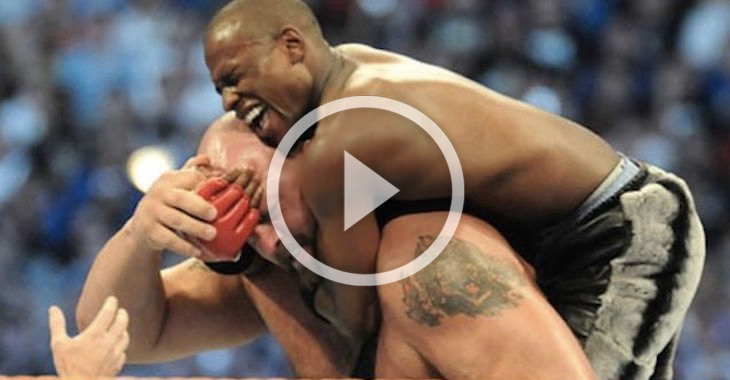 Professional fighting is a sport not made for everyone.

Sure, fighters get fame, money, girls, and glory, but they also get hit in the face, a lot!

“I was talking to Carlson Gracie Jr.,” started Buchholz. “And he said his dad’s judge for [anyone who wants to fight] MMA, he said he would have the best jiu jitsu guy, or some incredible athlete, who would be like, “Oh I want to fight. I want to fight MMA.”

“And he would put them with a really good striker on the feet, and they would start sparring and he said whenever the guy did this… [gestures like he’s afraid to get hit in the face]. If anybody did this, no matter who it was, [gestures again]. MMA is not for you.”

“I turn my head and look away, and kind of close my eyes and put my hands out. If someone does that, MMA is not for you. That’s the test.”

“So according to Carlson [Gracie] Sr., if you did that, no matter who you were, overcoming that to get you to win an MMA fight is tougher than… You just need to go back to the drawing board.”

“If you want to succeed in this sport you gotta decide right now. You have eagle vision, you don’t turn away. If it was old school and you were in Brazil and you’re trying out for the team and you did that you’re done. Done!”

Hit play above to catch the replay of the segment in question, and join the discussion every Tuesday and Thursday night on BJPENN.COM.

Stud Show Radio is on iTunes, and Stitcher. Subscribe Now!