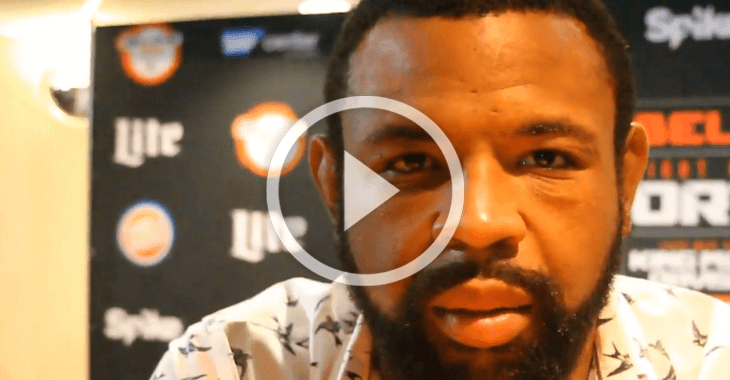 Bellator MMA’s Emanuel Newton is set to fight former UFC fighter Phil Davis in the first round of the four-man, one-night tournament, going down at the big ‘Dynamite’ event this Saturday.

Newton was the former light heavyweight champion before losing to current champ Liam McGeary back in Feb. Now he’s ready to get back to the title and will do so if he becomes the tournament champion.

Ahead of his fight(s), Newton talked to BJPENN.COM’s Layzie The Savage about his weight cut and commented on the growing trend of fighters using nutritionists.

Newton got in-depth talking about how he prepares himself and why he thinks cutting weight is all just mental.

Newton had a lot to say, so check out the full interview below!