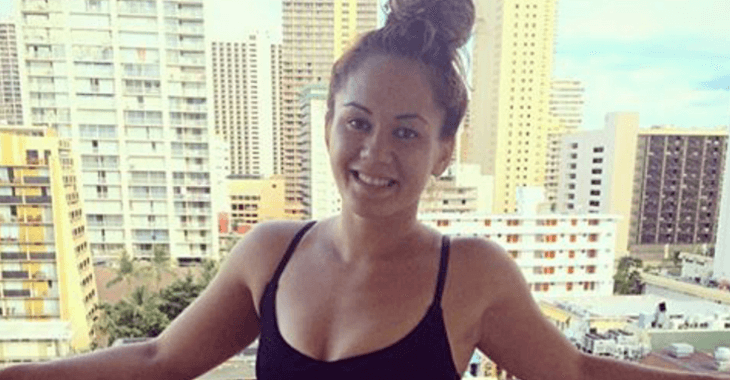 Not many fighters first professional fight gets much attention, let alone go viral with over a million views. Ilima Macfarlane’s ten-second knockout over her unfortunate and last-minute opponent Katie Castro dubbed the “soccer mom,” catapulted Macfarlane to internet stardom now finds herself fighting for Bellator MMA.

We caught up with the female professional fighter from Hawaii who now lives in San Diego, California and dug deeper to who Ilima Macfarlane was, aside from the soccer mom destroyer.

Interestingly, with Hawaiian stars and pioneers in the world of MMA, we found out Macfarlane actually first got started with mixed martial arts while attending college at San Diego State University.

“The only background I had was wrestling,” Macfarlane said in an interview over the phone. “I wrestled in high school for Punahou, but other than that, I never even threw a punch you know? I was a good private school girl, never got into a fight ever, in my entire life. The first time I did anything MMA related was here in San Diego.”

In 2016, Macfarlane said that she simply wants to put on good performances in Bellator. “I’m going to finish my contract with Bellator probably sometime in 2016, so my main goal is to finish strong with them. Of course, I would always love to have the W. The wins and losses aren’t as much of a factor to me as my performance in the fight. I just want to have solid fights with Bellator and see where that takes me.”

Macfarlane will have her chance to put on another big performance against her scheduled opponent Amber Tackett at Bellator 148 on Jan. 29.

When asked if she had any other particular fighters in her sights, Macfarlane said that a newly signed competitor to Bellator’s promotion is one that has perked her interest. Model and fighter Anastasia Yankova was recently signed to Bellator and Macfarlane would love to welcome her to the promotion. “I think that would be cool, and she’s like super hot,” suggesting that the two faced against one another could be very marketable for the fight card.

Check out Ilima Macfarlane at Bellator 148 as she looks to put on a high-level performance against Amber Tackett, and perhaps have another highlight finish to add to her resume.