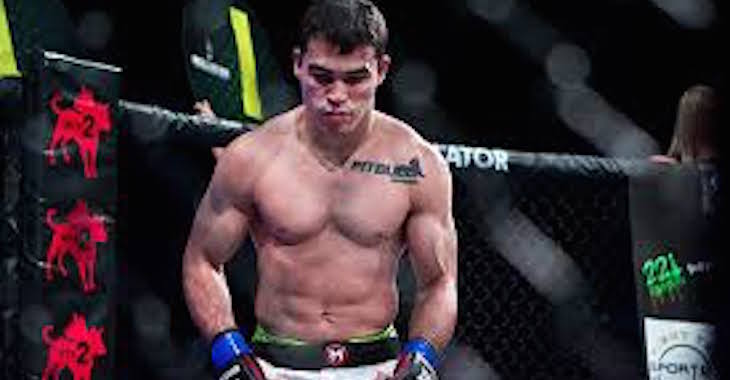 In the co-main event Patricky ‘Pitbull’ took on Saad Awad in a lightweight fight.

It was a feeling out process at the start of the fight. Pitbull went for a big punch but Awad contend with a big kick. They basically canceled each other out. Pitbull landed a leg kick, Awad went for one, but missed. Awad shot in for a takedown, but it got stuffed. Awad went for head kick, but slipped and fell. Then it was Pitbull who shot in and got a very brief takedown. Pitbull went for a big flying knee but missed and clinched up with Awad until the round ended.

In the second, we saw a lot of the same with both men being very patient in the stand up. Then Pitbull shot in and got it to the ground.

He worked from full guard. Awad kept him close and unable to land big punches. Awad got to his feet and went for his own takedown right away but was unable to get it. Awad picked up the pace on the feet, becoming more aggressive with his punches. He also kept spitting blood out of his mouth, or at least it looked like that.

In the third it was Pitbull who came out with some big punches, but it looked like Awad avoided any real damage from them. Every time Pitbull would throw a combo Awad would sort of turn and run away a little bit, kind of odd, but I suppose effective. Pitbull started to land more with a one two. Awad threw s series of kicks that missed. The fight really wasn’t the ‘don’t blink’ fight it was being hyped up as. That happens though, can’t get a crazy KO every time. *sigh*