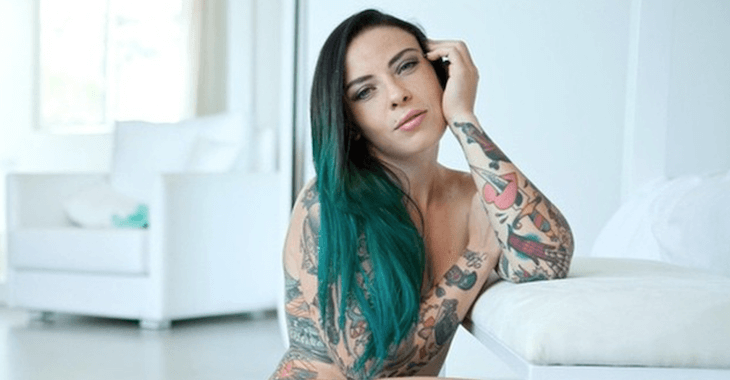 One of the best things about MMA is that each fighter is unique in his or her own way. No two fighters are completely identical when it comes to personality, background, style etc.

Because of this, sometimes we get very unique match-ups in the sport. For example, how about a practicing psychologist vs. a ‘Suicide Girl’ model.

That’s the case for the upcoming EFC 44 event taking place on Oct. 3. Her opponent, Micol DiSegni, is also known as Eden Von Hell and aside from being a kick a*s fighter, she’s also an adult model for ‘Suicide Girls.’

You can check out some of her photos below:

DiSegni is currently riding a four fight win streak after winning her most recent fight back in July at MMAF, which took place in Vegas during the big UFC International Fight Week.

Eliasov is South Africa’s first female professional fighter and will look to defend her title against the Italian fighter.