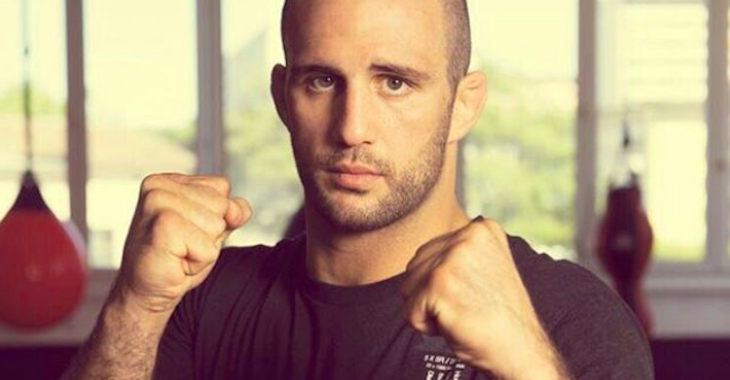 No time was wasted by Volkan Oezdemir as he raced his way to an early title shot in 2017. The relative unknown Swissman, Oezdemir took out three top ten contenders in the short span of just a year’s time and did so in less than twenty minutes.

After earning his title shot at UFC 220, Oezdemir put up a very valiant effort early on against the light heavyweight champion and future UFC heavyweight title challenger, Daniel Cormier but ultimately came up short.

Oezdemir was submitted in the second round of his first career title fight but is looking to get right back on the horse and re-position himself atop the contender list. He recently spoke with MMA Today and shared who he has in mind for his next outing:

“IF I HAD TO CHOOSE SOMEBODY IT WOULD BE [Alexander] GUSTAFSSON. I WANTED TO FIGHT HIM A LONG TIME AGO AND IT NEVER HAPPENED. HE’S THE NUMBER ONE, SO THAT WOULD BE A GREAT FIGHT.”

Oezdemir was recently rumored to be meeting a past title challenger in Glover Teixeira for his next outing at UFC 224 in Brazil but nothing has yet to follow up regarding that possibility.

A fight between Oezdemir and Alexander Gustafsson would be one to determine the 205-pound division’s best European mixed martial artist.

For Gustafsson, he appears to be sitting on a would-be title shot if it weren’t for Cormier going up to test himself against the heavyweight king, Stipe Miocic. However, because of this, the Swede may have to attempt to extend his winning streak to three prior to making his third UFC title attempt.

In the meantime, Gustafsson himself has shown interest in taking on Cormier’s longtime American Kickboxing Academy stablemate, former UFC and Strikeforce middleweight champion, Luke Rockhold. Gustafsson also has said that a move up to heavyweight may also be in his future due to his teammates’ Jimi Manuwa and Ilir Latifi’s continued success within their division.

What do you think of this matchup? Is it the right one to make at 205?