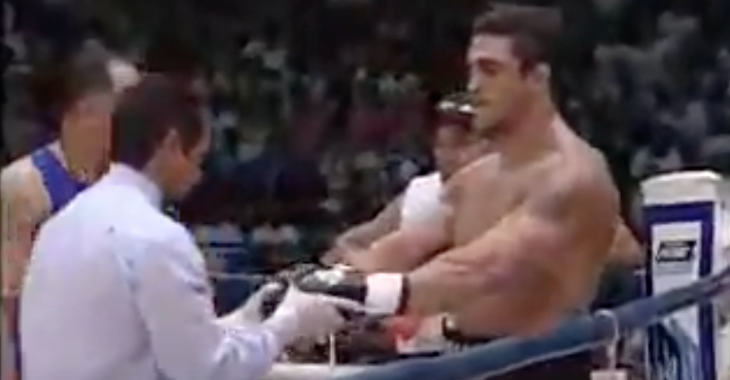 Vitor Belfort on Floyd Mayweather’s chances in MMA: “I think he doesn’t have a chance even against the young kids”

Former UFC champion Vitor Belfort will return to the octagon on May 12 in his home country when he takes on fellow Brazilian Lyoto Machida on the main card of UFC 224.

“The Phenom” has recently stated that he plans on retiring from the sport of MMA following his fight with “The Dragon”, this unless he “receives an offer he can’t refuse”.

Belfort most recently snapped a three fight losing skid at UFC 212 when he defeated Nate Marquardt via unanimous decision.

During a recent interview with MMAFighting Vitor Belfort gave his take on legendary undefeated boxer Floyd Mayweather, who has recently teased a potential move from the squared circle to the octagon.

Belfort respects Mayweather’s talents and accomplishments as a boxer but doesn’t feel he will have any chance if he opts to make the jump to mixed martial arts.

“I think he doesn’t have a chance even against the young kids, 15, 14-year-olds. I don’t think he has a chance, no,” Belfort said. “He has a lot to learn on the ground, kicks. I think it’s an illusion (to say) that happens, unless it’s different rules or a fight in his world. With his arms, on his weight, he’s a phenom. Now, involving legs and other things, no chance.”

Vitor Belfort continued by issuing a challenge to “Money” Mayweather,

“Isn’t he the champion, undefeated?” asked Belfort insinuating that Mayweather could move up in weight and fight him. “We (can) fight Mayweather. I’ll wear bigger gloves, he (wears) a small one.”

Do you think we will see Floyd Mayweather fight inside of the octagon? Sound off PENN Nation!