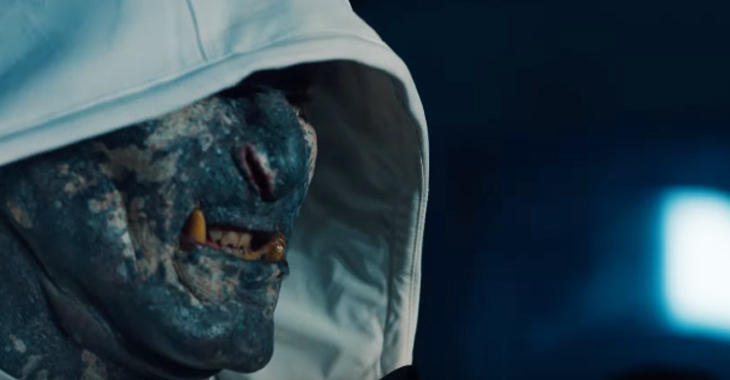 When the UFC released a video about Max ‘Blue Carnage’ Carlyle, needless to say that a lot of people were confused. We learned about Carlyle’s struggles and his journey to achieve his dream of becoming the first Orc to ever fight in the Octagon. Dana White dismissed the idea that his kind would ever step foot into the UFC, much like he did when asked if women would ever fight for the organization.  Of course, all of this ended up being an elaborate tie-in to Will Smith’s new film Bright which debuted on Netflix. The teaser promised we’d see the rest of the story and today the conclusion dropped.

Watch me face off with @travisbrowneMMA 12/30. Only on @UFC. pic.twitter.com/RyERr65R1g

Matt Serra took Max Carlyle under his wing and paved the way for his debut against Travis Browne, which is a helluva a way to start any UFC career, fictional or otherwise. We get flashbacks before the big moment: The young Orc invading am amateur wrestling mat, a Nick Diaz-esque bird flip in school, and a training montage. Finally, when it came time to enter the Octagon against Travis Browne, he gets one-punch KOed within the first few seconds. Is this saying Orcs really don’t belong in the UFC?

The fact of the matter is, this is something new and fresh from the UFC. Sure, it was to promote a Netflix movie, but it doesn’t mean they can’t do something similarly creative for one of there events or for some of their fighters. The end where Matt Serra reveals he’s an Orc too was a nice touch. No offense to the legend but, he does kind of have the short, stocky build of an Orc. Let’s hope we don’t see the end of this type of promotion with the UFC going into 2018.